This marvellous opportunity was offered to us by the Irish Skin Foundation who asked us to curate an exhibition around the subject of skin, the largest organ of the human body. We were able to source artwork from Israel, Iran, Europe and the USA and of course here in Ireland.

There were some intense and moving images in this exhibition, and on reflection made even more poignant by our current necessity for social distancing.

Skin was examined as part of the aging process, as a sexual signifier such as the visual lesions of the AIDS epidemic, as a texture in which to explore paint, as a canvas itself to carry language and tattoos. Skin was addressed as a landscape, a container, a character and as a decorative item.

An unusual feature of this exhibition was the inclusion of examples from the Wallace Collection, housed at the RCSI, which consists of hundreds of superb watercolours from the mid-19th century recording various skin diseases, originally commissioned as a teaching tool. The catalogue is still available at the RHA.

The skin is the largest organ of the body and paradoxically its very obviousness means we rarely think of it as an organ. And yet beyond its corporeal function it is infused with metaphor and meanings.

Issues of race, gender, age, sexuality and many more emerge from its surface. This major international exhibition, curated by RHA Director Patrick T. Murphy, touches on such subjects as age, decay, disease, texture, identity, eroticism, race, adornment and display. Ranging through photography, painting and video it promises to be a challenging and stimulating exhibition.

The exhibition will be accompanied by a full colour catalogue to be published in March 2013.  Available here

This exhibition is made possible through the support of the Skin Foundation, Ireland. 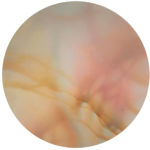